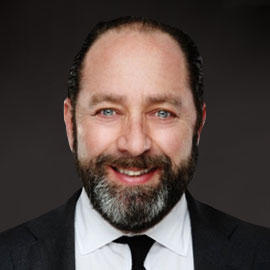 Prior his appointment as President of the Los Angeles Region, Jason was the Senior Managing Director of the Century City office, responsible for all aspects of the wealth management business. Jason was a Director and lead relationship manager at Waterline Partners, a Registered Investment Advisor, acquired by Northern Trust in 2010. Jason joined Waterline Partners in 2006. Prior to joining Waterline, Mr. Lawit was counsel to the firm from its inception. Jason began his career last century in New York City as a corporate attorney.

Jason is a long time AYSO Santa Monica Soccer coach volunteer. He supports Northern Trust’s partnership with the United Way. Jason is a regular volunteer at the Los Angeles Food Bank and an avid supporter of the Los Angeles art and music community.