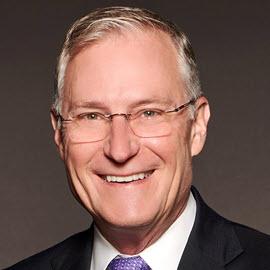 John serves on the board at Barry University as a Trustee and member of the Executive Committee, is a member of the board of the Perez Art Museum Miami and the New World Symphony, and a member of the Orange Bowl Committee. He is also an emeritus board member and past Chairman of the Foundation Board for Florida Gulf Coast University.