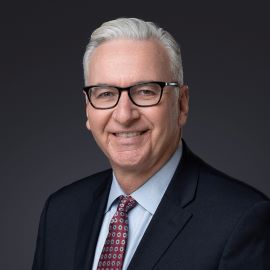 As a Senior Investment Officer and Team Lead in Grand Rapids, Jim works with high net worth families and institutions to identify their financial goals and then, develop strategies and build appropriate portfolios to help them achieve their goals. Jim also oversees the seasoned team of Portfolio Managers in the Grand Rapids office.

Jim is a member of the CFA Society of West Michigan and is a past President of the Toledo CFA Society.