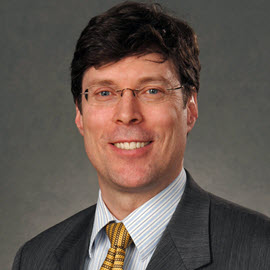 Matt is Senior Fiduciary Officer for the Milwaukee office where he serves as an advisor to high net-worth individuals and private foundations.

Matt began his Northern Trust career in Chicago in 1985 working in Trust Operations before moving on to other areas of the bank to learn the personal trust business. With experience in investments, tax, private banking, estate settlement, trade settlement, credit analysis, loan underwriting and trust administration, Matt joined the Personal Trust Department in October 1994 after temporary assignments in Beverly Hills and Newport Beach. Matt moved from Chicago to Milwaukee in June 2000 to assist with the opening of the Milwaukee office as its sole trust officer. He was promoted to Officer in May 1995, Second Vice President in September 1997, and Vice President in May 2000 and Senior Vice President in August 2007.